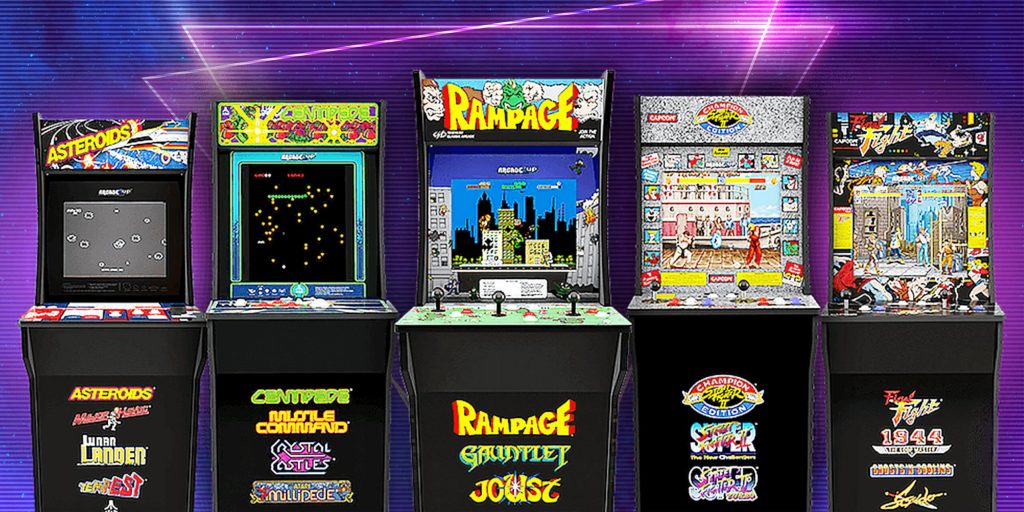 The outpouring of classic gaming lovers that have purchased an Arcade 1UP cabinet to mod is increasing every day! We started to offer a version of our Arcade 32 Retropie collection with 2422 arcade machines in Arcade 1UP form a couple months ago by customer’s requests and after that it seems that the seek for collections to be used on a modded Arcade 1UP cabinet increased exponentially!

The requests to have our Ultimate 128 and Supreme 400 collections adapted to support Arcade 1UP’s screen size piled up, and after some research, we are now including an exclusive Arcade 1UP theme on both Ultimate 128 and Supreme 400 collections, however, you will still need to remove the game bezels from the games and systems yourself. We are giving everyone the option to request us to remove these bezels from the images and setup the Arcade 1UP Theme as the default on the microSD card, before shipment.

One thing that came up to us while working on this is that these collections have too many computer games that need either a keyboard or a mouse to both being played or just start a game. The only computer system whose majority of games will work with a game pad are the MSX games, so we decided to create a collection tailored exclusively for Arcade 1UP modders, and we came up with the Optimum 256!

On the Optimum 256 we’ve removed all computer games, but a few MSX classics that will run with a two-button game pad only. So, Amiga, Commodore 64, Amstrad, ZX Spectrum and others were removed from the images, which gave us more room for even more console games.

How to Backup Your microSD Card With Retropie

Retropie Physical Collections back by popular demand and some other News!

How to Enable “Favorites” and “Last Played” on Retropie

Welcome Our New Collections By Theme!