The definitive Raspberry Pi Collection for Arcade 1UP modders! 13,000+ Arcade, Console and Handheld games that work on Arcade 1UP’s 5:4 Aspect Ratio screen and controls. No computer games and systems were added to this collection (except for MSX where most game use a simple 2-button joystick and are compatible with arcade controls). If you have a modded Arcade 1UP machine, this collection was made for you. Just flash it on a 256GB or bigger card, stick it to your Raspberry Pi on your Arcade 1UP cabinet and enjoy! Take a look at the list of systems included below!

The Arcade 1UP cabinet fever has spread across the country the past 12 months, with these full size cabinets becoming as popular as the last generation consoles! What many people realized after getting their cabinets that would hold something between 2 and 4 games in average, is that they could modify their cabinets to run any arcade game they wanted, using a Raspberry Pi 3 or 4.

However, you may want to play more than just the arcade classics! There are a ton of console games, specially from the 8-bit and 16-bit generation, that fit the “arcade” description. Console-exclusive platform, shoot ’em ups and action games that use controls similar to the arcade ones, and can be played on a modified Arcade 1UP cabinet with Raspberry Pi.

If that is the case, this card was created for you! We’ve put together 13,000+ games on a 256GB microSD card for the Raspberry Pi, including 2000+ arcade games and 11,000+ console and handheld classics that can be played on an “arcade machine”.

We’ve left out the computer games and systems because those need a keyboard and/or a mouse to play most of the times, and you don’t want to have those attachments on an arcade csbinet, so with the exception of the MSX (because a good chunk of its library was designed to work with a joystick only), all computer games were removed and all you’ve got is arcade and console gaming to enjoy on a modified Arcade 1UP cabinet with a Raspberry Pi.

We’ve hand-picked games from systems as old as the Atari 2600 and as new as the Sony PlayStation to put together a curated “arcade” collection for you to enjoy your Modded Arcade 1UP Cabinet at its full extent.

We are using a customized EmulationStation theme formatted to the 5:4 aspect ratio of an original “horizontal” Arcade 1UP Cabinet modified with a Raspberry Pi 3 or 4. (Make sure you are purchasing the correct version for your Raspberry Pi, since Pi 3 images don’t work on a Pi 4, and vice-versa).

– It comes formatted for Arcade 1UP’s 5:4 screen aspect ratio, present in cabinets like Street Fighter and Final Fight from Arcade 1UP.

– No computer games included. Only Arcade, Console and Handheld games that can be played on Arcade 1UP’s controllers.

– All games include a 30 second video snap preview of the game play on the menu, so you can quickly sneak peek a game and decide if you want to launch it and play.

There are no reviews yet.

Only logged in customers who have purchased this product may leave a review. 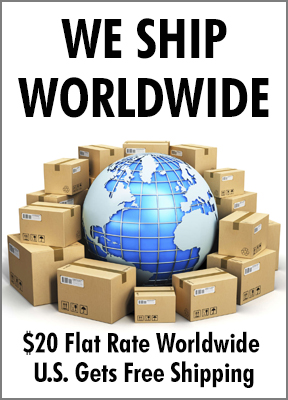